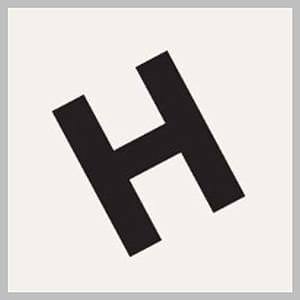 An operational turnaround for Houlihan’s

High on the list for the leadership team at Houlihan’s Restaurants, Inc. was finding ways to make their head office support center more effective at coordinating, helping, and learning from their many restaurants. They realized culture and communications lay at the heart of creating an effective organization. By replacing their traditional intranet with Jostle’s People Engagement® platform they were able to execute a complete operational turnaround. Their accomplishments include rising sales, improved customer satisfaction scores, declining employee turnover, and aligned channels of communication with greater accountability.

It was a complex workplace to connect. Houlihan’s owns and operates three different restaurant concepts with approximately 100 locations across the United States. The restaurants are a mix of corporate and franchise ownership. A support center based in Kansas City houses 50 employees and several operations directors have home offices across the country.

A challenging community to connect

Houlihan’s operates an interesting mix of restaurants – not only are they spread across many locations, they comprise several different restaurant concepts, and a mix of independent franchise owners and company-owned restaurants. Add to that a key competitive need to efficiently coordinate menu promotions and restaurant standards through a central head office.

The executive team at Houlihan’s recognized that culture and communications were key to achieving outstanding operations. They needed to share spirit and learning across their dispersed workplace community, and they needed to find a better way to communicate and coordinate their activities. They chose Jostle’s People Engagement platform to solve this problem. In recognition of their tremendous efforts, they placed first in the “Biggest Cultural Turnaround” category in the 2014 Jostle Awards. Here they share their before and after story.

To say internal communications at Houlihan’s is complicated is an understatement. Communication must be targeted by restaurant concept, ownership (company owned or franchised), region – and sometimes even to the unit level. That, coupled with the fact that restaurant managers need to be actively managing the floor (that is be mostly away from their office computer), makes reaching them a challenge. In addition, only higher-level managers are assigned a company email address; the rest have shared in-boxes.

In their ‘dark days’ (that’s code for the time before their Jostle® intranet), Houlihan’s used a simple site built by their IT department to relay company news. Its design and functionality were incredibly basic: a white screen with black, 12-point text for news headlines in a vertical list fashion. It had no capability to add photos, video, or even color, save for the greenish headline text to **grab your attention**. You could link to a Microsoft document in a rudimentary way and that was about it. There was a search feature that was tedious and unreliable, making it difficult to access historic information. 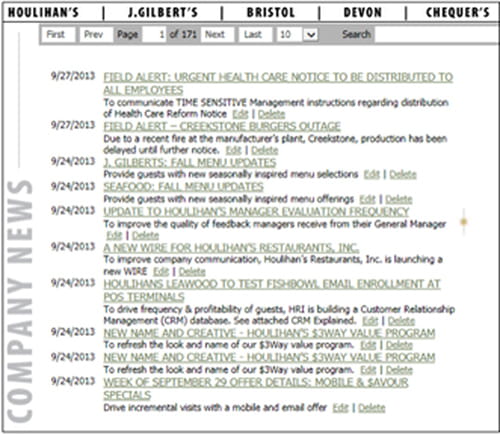 The Houlihan’s intranet before the Jostle platform

Difficulties with the existing intranet

With such basic functionality, people didn’t feel like they could get their messages across effectively. How do you get the field super jazzed about the next new marketing program or company benefit, for example? Before long, employees began skirting the system—sending direct emails to the intended audience in order to communicate more creatively or add visual content; making news announcements during conference calls and meetings, etc.

And with no good way to share instructional communication, there was certainly no sharing of cultural stories or celebrations of the company’s people. Several problems emerged from the company’s lack of process around internal communications and individual employees’ varying ‘workarounds’ to posting news in a central place. Operations rightly complained of inboxes being bombarded throughout the day from many different senders’ piecemeal instructions and important news.

With no central oversight on messaging, communication was not vetted for effectiveness or accuracy, and prioritizing these many pieces of communication became a challenge to store management. No clear chain of command meant store managers might contact one another directly and repeatedly to discuss or ask questions that arose. Historical information was very difficult to find. There was often valid cause for confusion, which made it difficult to hold people accountable to expectations.

Another big challenge was the need to provide detailed coordination from head office to restaurant operators in the field. Tight coordination of seasonal menus from supply, menu, and promotion points of view is critical to Houlihan’s’ overall competitiveness. For example, for Thanksgiving, a special menu would be designed and communicated to the franchises. Then activities like ordering turkey, test cooking, local ad placements, and wait staff training would all happen step-by-step, each step being coordinated back and forth between the head office and each restaurant by email. As restaurant managers shared the same inbox and worked different shifts this was no easy undertaking.

“We realized that our communication practices were crippling us when it came to holding people accountable. We couldn’t be confident that important messages were received consistently, so it was a ready – and valid - excuse when implementation failed.” 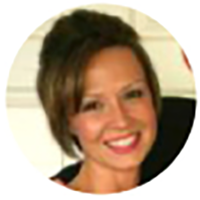 Jostle helped in two important ways: 1) Jostle EVENTS, including the ability to target them at specific restaurant concepts and locations, greatly simplified the coordination effort; and 2) head office and the restaurants began sharing more stories and values through the Jostle platform, making it easier to work together as a team.

Poor communications and the resulting lack of accountability often fostered negativity between the field and the support center. In 2012, the company made some significant changes to leadership: store-level execution was faltering and guest satisfaction scores had fallen below that of their competitors’ average for the first time in years. Employee turnover, likewise, was steadily rising and costing the company a great deal. Knowing these factors to be leading indicators for sales performance, changes had to be made. The CEO delivered a strong message that ‘we’re not average,’ and put new leadership in place, challenging them to identify and address the problems in the operation.

While the problems were many, communication was at the top of the list. It was clear that the company’s lack of communications infrastructure needed to be addressed and the search began for a new intranet platform that would achieve the following needs for the organization:

Jostle was selected as Houlihan’s’ new intranet partner, and with quick collaboration, the organization added company news, built profiles, and launched the new platform with plenty of excitement and fanfare. The early days had its skeptics, and the organization learned that people can be resistant to change – even when changes are for the better! 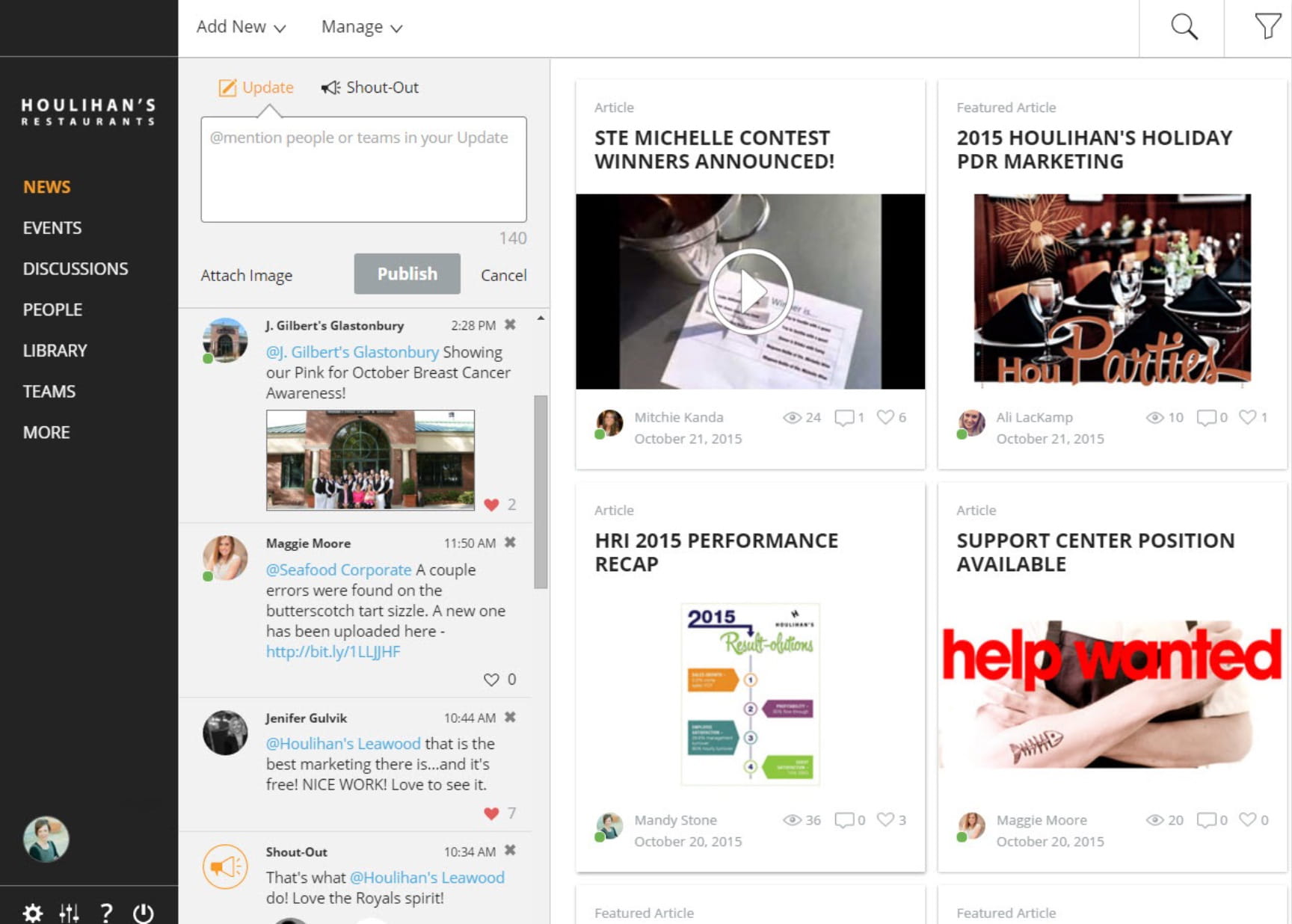 Organizational turnaround with Jostle at its center

After two years of new leadership, new strategic initiatives, and an entirely new communications infrastructure with Jostle’s platform at its center, the Houlihan’s corporate culture has seen quite a turnaround. The company’s key communicators have been re-trained to disseminate all company news and initiatives only on their Jostle intranet.

In turn, restaurant operators are holding their teams accountable knowing all information shared goes through Jostle so everyone has the tools and details at their fingertips, 24/7. They’ve also begun to show their ‘fun’ side as an organization by publishing cultural content and status updates/shout outs. The organization celebrates successes together and shows appreciation for others with social posts, photos, and video. 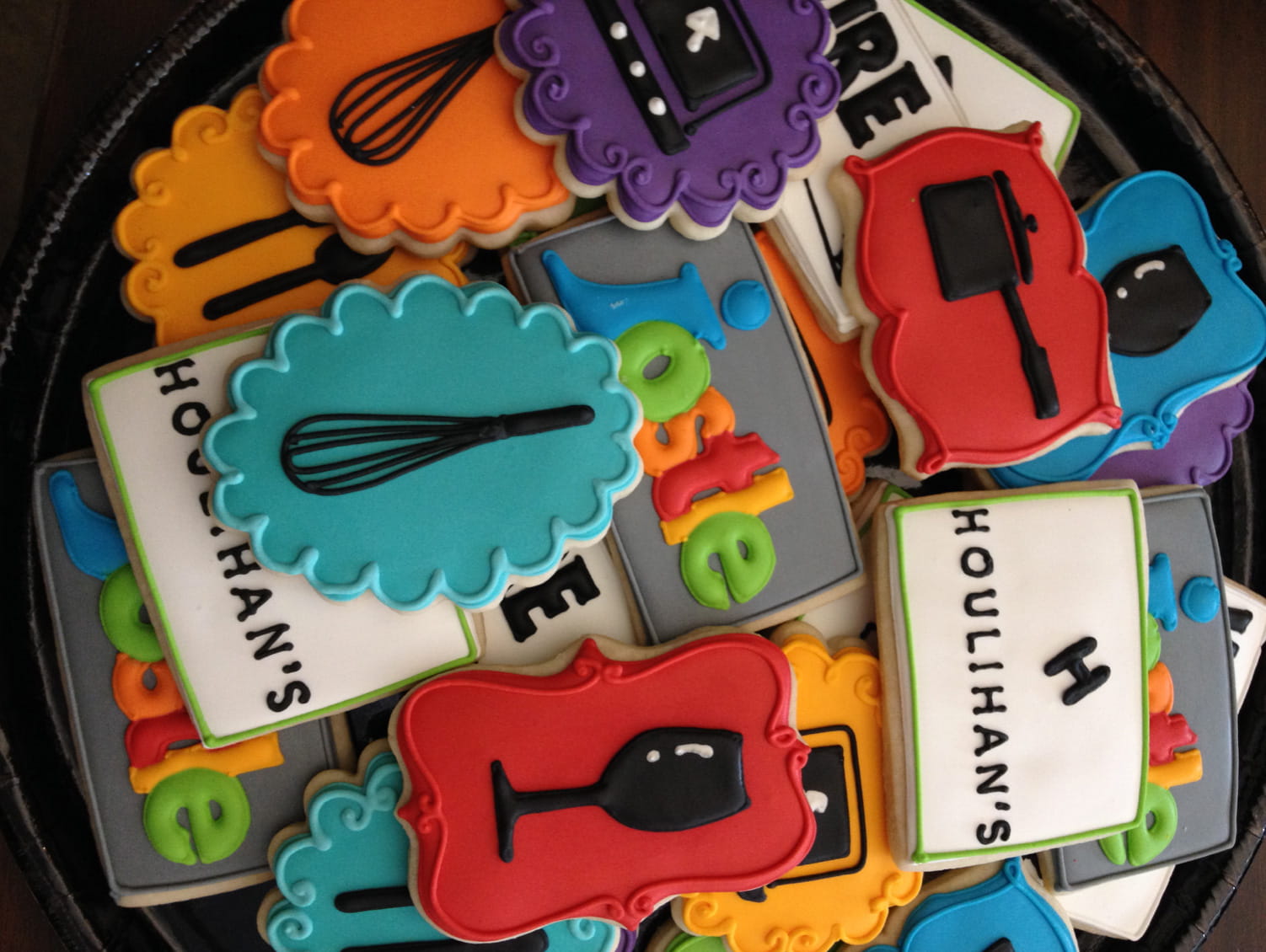 The cookies Houlihan’s baked for their Jostle intranet launch

The field particularly enjoys getting glimpses into what really goes on at the Kansas City support center and in other restaurants outside of their own. All employees appreciate the feeling of knowing what the company’s working on, of having a platform to communicate with others in the company, and to feel their work is valued. Jostle allows for that.

Not surprisingly, improved communication and accountability has positively impacted virtually every aspect of their business. Crew members are happier and turnover is declining. Their recipes are more consistent and all teams follow uniform systems in every restaurant. Both guest satisfaction and same-store-sales saw steady improvement over two years. And the positive energy, sense of teamwork, and company pride is palpable.

“This is the best our company has been running in my entire 13 years here.” 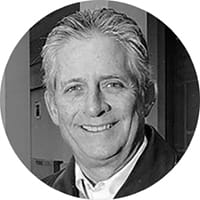 It’s commonly said that a company’s greatest asset is its people. And it was the vision, leadership and sweat equity of many people at Houlihan’s that resulted in such a positive change to the company’s culture. Still, organizations need the right tools and resources to enable and foster success, and without a doubt, Houlihan’s relies on Jostle for communicating and connecting from afar. That’s worthy of a big shout-out.