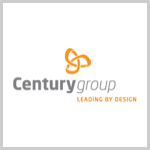 In 2014, after recognizing the need for better internal communications, Century Group implemented the Jostle® intranet. The platform successfully connected their dispersed and diverse workforce, helping overcome some big communication challenges. Now, three years on, Century Group is embarking on the second stage of their intranet journey.

Rather than rest on their laurels, Century Group’s leadership team is working to further the success of their company-wide communication. They want to use their Jostle intranet to enrich company culture and create stronger ties between their teams. To this end, they piloted an innovative six-month training course for their staff, which lays more groundwork for a deeper communication network.

Who is Century Group?

Century Group recognized the need for an online space - a platform - where their people could connect to the company and overcome communication barriers. Instead of attempting expensive upgrades to their under-performing existing intranet, Jeremy Gruman, Director of Information Systems, researched several different tools and chose the Jostle platform.

“I was very happy when I found the Jostle platform. It’s local, it fits with our values, and I knew it would help resolve some of the communications issues that we had.”

Century Group rolled out their Jostle intranet in 2014 and the results speak for themselves:

“Our Jostle intranet allows us to have a forum for discussions. One of our properties uses the DISCUSSIONS feature for their staff meeting notes, so people can engage and ask questions.” 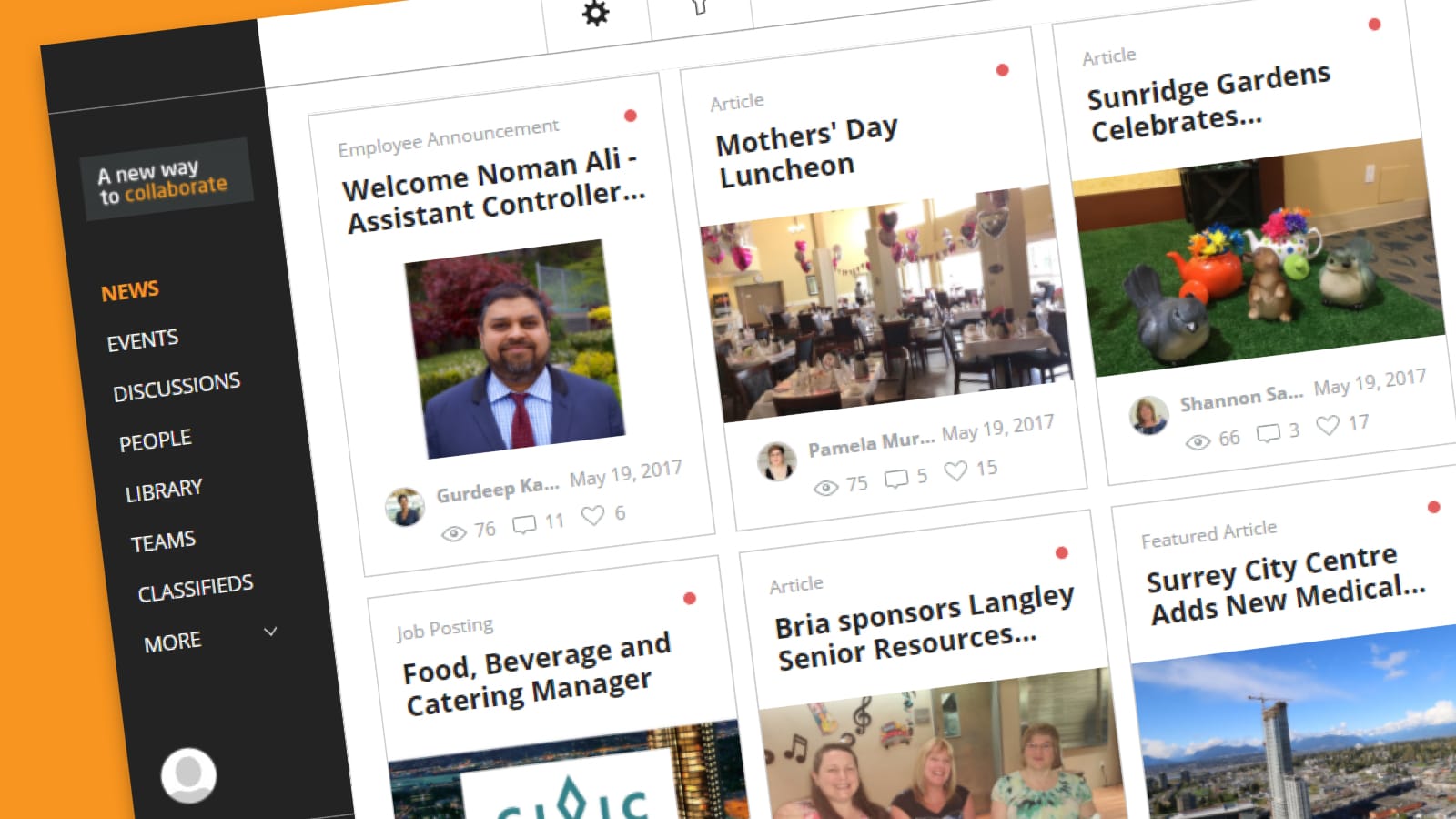 A successful intranet requires care and dedication - things that Century Group doesn’t shy away from. It needs to be populated with content that’s both interesting and relevant. “We heard that staff want to read more about what was going on in the business and about our projects and successes,” explained Barbara, “but it’s impossible for our small Communications Department to follow all that’s going on and report it in a timely fashion.”

Their solution is to encourage more people, from all levels and locations of the company, to contribute to internal communication. “We needed to engage more of our staff, educate them about the Jostle intranet, and get them more involved and sharing their stories,” Barbara told us.

With a wider net of contributors, Century Group intended to break down internal communication barriers and generate a culture that truly reflects their workforce.

How Century Group started an upward spiral of communication

In 2016, the company entered a second wave in their intranet journey when they rolled out an internal communication training program. They clearly understood the obstacles in their way and established a sound plan to overcome them.

To get the ball rolling, Century Group reached out to the entire company and invited staff to put themselves forward as internal communication Champions. These Champions will advocate for the Jostle platform offline, contribute to it online, and teach their colleagues the necessary technological skills to break down any barriers of adoption. There were 38 respondents - all of whom attended the in-person training event that kicked off the program.

“We want a forum to collaborate, to live out our Culture of Partnership. A community.”

The purpose of the training day was to educate the Champions on both how and why to use the Jostle intranet. Jostle’s Customer Success team joined Century Group to provide their staff with the hard skills and tips for using the intranet, and stress the importance of the Jostle platform and the huge benefits it can have for communication and culture at Century Group.

“First we’re giving them the skills to use the Jostle intranet. And, after that, it’s giving them ideas, and empowering them,” Lesley Yuen, Digital Marketing Specialist, told us.

Century Group also hired someone on a term basis to travel to all the sites to support and coach the Champions and leaders, reinforcing the learning from the training program.

Hosting the training day in-person also served to break down other barriers. Many staff members were meeting face-to-face for the very first time, creating bridges across the company and reinforcing the Culture of Partnership.

“I think that it also humanized some of our leaders,” Barbara shared. “They were there to learn, alongside everyone else. It reinforced the idea that we’re all in this together. We all have a job to do, regardless of our title.”

Due to their line of work, many Century Group employees don’t have access to a computer. To overcome this physical boundary, 15 Jostle Champions were given iPad-minis to use at work and from home. “Many of them have already decided to put their iPad in the building and make it available to everybody they work with,” said Barbara. 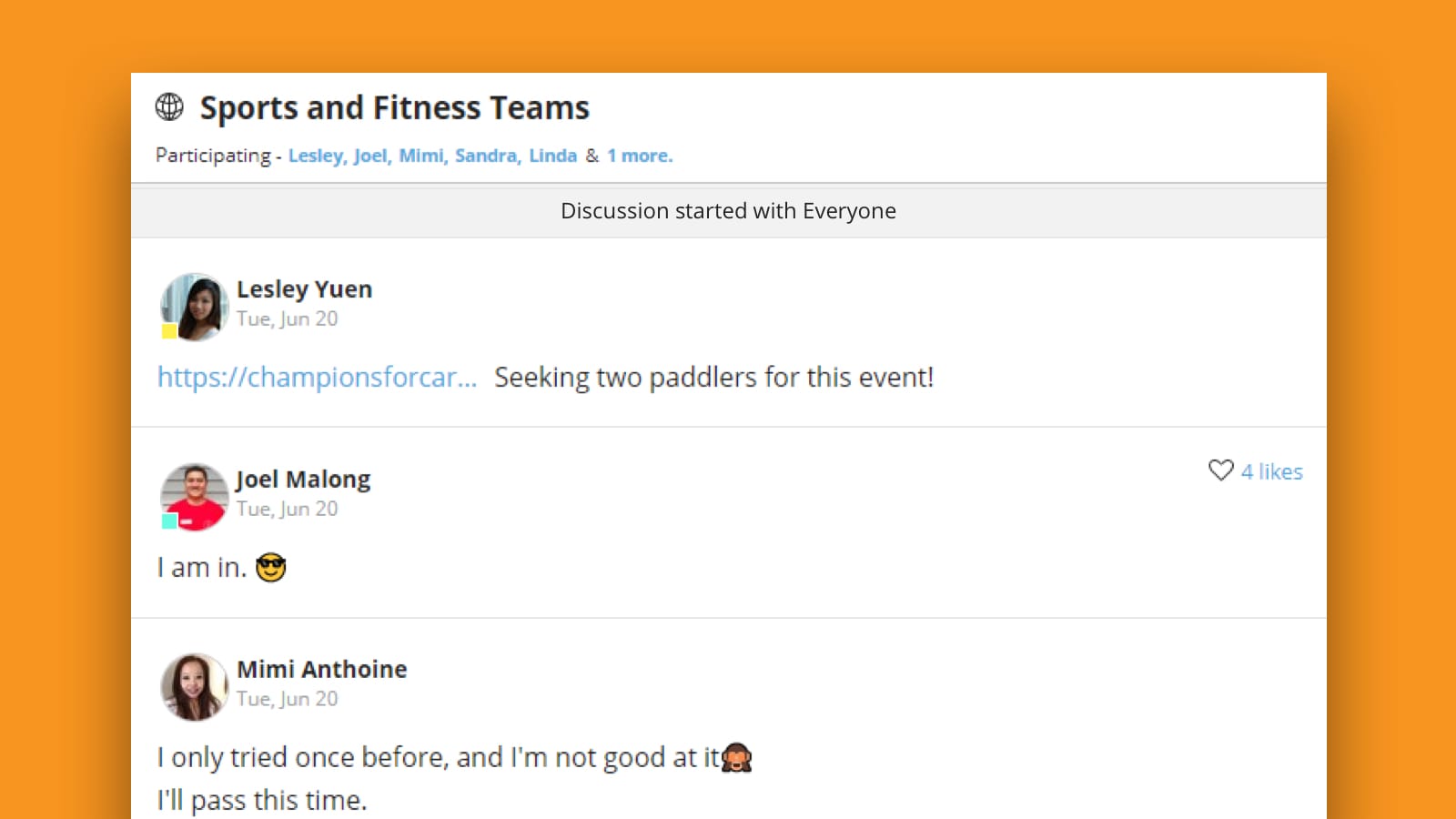 With all of these steps, Century Group is intending to cause an upward spiral of communication, engagement, and company culture. By giving their Champions an understanding of the platform’s purpose and sparking enthusiasm, they’re hoping it catches on and spreads throughout the company. And, it’s working - Century has noticed an increase in the comfort with using the Jostle intranet and now regularly hear “it’s on Jostle” and “look on Jostle” uttered by their staff.

“The Jostle intranet is having a tangible positive influence. It’s connected Century Group staff to open job positions within the company. Several people have progressed or moved to new positions.”

Century Group is trialling their ambassador program over six months. They’re going to provide more training modules on other software - such as Gmail and social media channels - and how these integrate with the Jostle platform. If all goes well, they’ll run the program again for the next round of Champions.

“I would like to see more Champions, so a proliferation of them, rather than replacements. I think we should foster and encourage more,” Barbara said enthusiastically.

The time and energy that Century Group is investing to nurture their internal communication plan is noteworthy. They’re taking a practical, but patient, approach to change management at their company. With their focus, and support from our Customer Success team, we know they’ll navigate the tricky waters of change to find further success for their ever-growing organization.