A new way to connect and engage

Serving a population of 38,000, the City of Vernon in British Columbia, Canada, employs over 370 people, from office to maintenance personnel to part-time workers, across 11 offices. There are also hundreds of external contributors ranging from committee members, to associated services like police and regional facilities. With such a heavily decentralized environment, the city was struggling to unify its workforce and systems. At the same time, the city also wanted to improve the way it attracted, engaged, and retained employees.

A new way to connect and engage became a priority for the city. The Jostle® platform was chosen for its ability to clarify the overall organization and facilitate internal communication. The new platform’s impact was felt almost immediately: increased sociability; a more connected workforce; easier access to materials; and greater knowledge sharing. Over 85% monthly intranet participation enlivens the culture and puts the city on track to meet key objectives by connecting engagement to organizational success.

Vernon faced the same challenge most complex organizations face including:

Complicating matters further was the fact that over one third of employees (like public works crews), and all external contributors, do not have corporate email addresses or city-issued phone numbers.

The City of Vernon had a wonderful workplace culture, but most employees did not recognize its existence. They worked in silos and were unfamiliar with employees at other offices. Previous attempts at engaging the staff included a company e-newsletter. This not only took up a lot of employee time to create the e-newsletter, but it was also outdated by the time it was issued and had to be distributed with pay stubs in order to reach all employees. Key information was available via SharePoint and fileshares, but both had become cluttered with outdated content and was hard to navigate.

Patti Bridal, Director, Corporate Services, set a goal to become the employer of choice in their region and began searching for a solution that would connect every employee at the City of Vernon and help bring their culture to life.

Jostle’s People Engagement® platform works like an intranet, but is securely accessible from any device/location and works to engage and enable employees. It provides an effective tool for getting key communications out in real time, bridging organizational silos, and showcasing an organization’s culture. Patti also evaluated numerous competitors. None came close to competing with Jostle.

“The Jostle intranet had the unique ability to clarify our overall organization and help us with internal communication.” 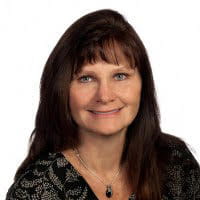 The Jostle intranet has helped employees get to know staff they wouldn’t have otherwise known which has helped immensely with employee on-boarding.

The Jostle intranet played a critical role in disseminating information to employees during a recent forest fire. The City of Vernon wanted to keep staff in the loop as much as possible rather than having them rely on the local radio/newspaper, which don’t always have accurate information. They used the NEWS feature in the Jostle platform to push out important alerts. “Keeping staff informed on important issues and events of the city, makes them feel a part of the big team. We want them to feel that we value them enough to keep them informed,” explained Patti.

Vernon has structured all their committees into the Jostle platform. Employees are able to search by committees to view council members and volunteers as well as look up committee terms of reference. Vernon has also identified all volunteers with a star so employees know immediately who is an external contributor. Even social committees are included, allowing employees to look and see whose is organizing upcoming events and parties.

The Jostle intranet has also helped move towards phasing out unnecessary paper documents, like phone lists. Unlike traditional phone lists that require constant updating and printing, the Jostle intranet is always up to date and puts a face to the person you may be calling.

“We’ve had multiple enquiries from other cities in BC and beyond.”

To increase employee engagement of the Jostle platform, Patti and her team ran an internal contest. Employees were given a set of criteria including updating their own profile as well as locating other staff members.

The contest was well received with the winner receiving two lift passes for a local ski hill. However the real success of Vernon’s on-boarding was evident in their high engagement numbers. In an average month the City of Vernon sees approximately 86% of users logging in, an extremely high level of engagement.

The City of Vernon is now reaping the benefits of a strong culture which they know will go a long way in their efforts in becoming a more desirable employer.

“The sociability between colleagues is leading to increased knowledge sharing that will not only help employees individually, but will also benefit our entire organization,” said Patti. “Research clearly shows a direct correlation between employee engagement and culture and overall organizational success.”

The City of Vernon is just one of many of Jostle’s municipal customers and Patti couldn’t be more proud. “We’ve had multiple enquiries from other cities in BC and beyond. They all are extremely interested to see the impact that the Jostle platform is making here in Vernon.”